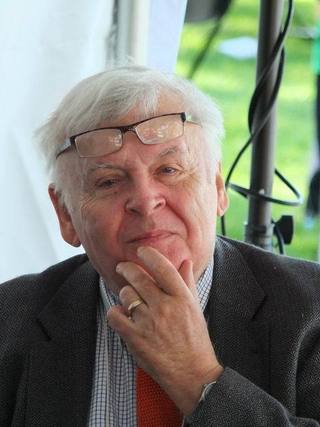 Paul Dickson has been an independent writer for over 50 years during which time he has produced more than 60 non-fiction books and numerous newspaper and magazine articles on a variety of subjects.

His most recent book, released on July 7th, 2020 is entitled The Rise of the G.I. Army 1940-1941 which is the dramatic, untold story of how the American Army was mobilized from scattered outposts two years before Pearl Harbor into the disciplined and mobile fighting force that helped win World War II. Dickson details the maneuvers in the South that readied those troops, the 1940 peacetime draft that required the registration of over 16 million men ages 21–45, Army Chief of Staff George C. Marshall's purge of ineffective leaders in favor of men like George S. Patton, Mark Clark, Omar Bradley and Dwight D. Eisenhower, and the way Marshall motivated troops by giving them a culture of their own. As Dickson said in a pre-publication interview with Publisher's Weekly, these stories from the days prior to Pearl Harbor indicate the paucity of leadership we have in 2020: "It's a reflection of how good we once were in a crisis."

The publisher is Atlantic Monthly Press (Grove Atlantic) and the Audiobook was created by Tantor. It is a main selection of the Military Book Club and prior to publication received a starred review from Kirkus.

"A richly detailed history of the rebuilding of American military power in the run-up to World War II . . . The author provides a wealth of fascinating detail; even those familiar with the general history of the period will learn something new . . . One of the best treatments to date of America's rapid transition from the Depression to the wartime power it became."—Kirkus Reviews (starred review)

Here is a Link to the Publisher's Page for The Rise of the G.I. Army

which contains more information on the book and includes links to places from which it can be ordered directly including independent booksellers.

Here is a link to Joseph C. Goulden's review of the book in The Washington Times July 1, 2020.

The publicist handling The Rise of the G.I. Army is Kaitlin Astrella who can be reached by email at KAstrella@groveatlantic.com

From the National World War II Museum: Author Paul Dickson on the Creation of the G.I. Army

"Paul Dickson's The Rise of the G.I. Army is a deeply researched and well-written account about how FDR mobilized the American army in the years before Pearl Harbor. This is military history at its absolute finest. It's impossible to think about World War II properly without reading this seminal work. Highly recommended!"— Douglas Brinkley, Katherine Tsanoff Brown Chair in Humanities and Professor of History at Rice University, and bestselling author of Rightful Heritage: Franklin D. Roosevelt and the Land of America and American Moonshot: John F. Kennedy and the Great Space Race

"Just when we think there's nothing left to learn about World War II, Paul Dickson tells us more, much more. This is one of the most important books I've read that showcases the forces of isolationism and racism during one of the most consequential periods in American history. It belongs on the shelves of everyone who understands how fragile democracy is and why every American is worthy of fighting for it." —Senator William S. Cohen, former United States Secretary of Defense

"A largely forgotten story brilliantly rectified by Paul Dickson in a book that lucidly and compellingly charts the rise of the US Army from the nonentity it had become by 1939 to the exponentially growing force of millions by the time of Pearl Harbor. From the corridors of Washington to pioneering manoeuvres to the shores of North Africa, and demonstrating how many of the leading players later in the war made their mark, Dickson recounts this astonishing progression and in so doing fills a gap in our understanding of the United States' incredible contribution to victory in World War II. Utterly fascinating from start to finish." —James Holland, author of Normandy '44 and Big Week

"How did the United States Army transform from a fighting force barely able to repulse another Pancho Villa-like raid to taking on the mighty Wehrmacht? Through lively and engaging prose, Paul Dickson tells this largely forgotten but crucial story. Thoroughly researched and very readable, Dickson's brilliant The Rise of the G.I. Army is destined to be the new standard for this period." —Patrick K. O'Donnell, bestselling author of Dog Company and The Unknowns

"Paul Dickson's compelling, focused and timely account of how America prepared to meet the challenges of the twentieth century's second global conflict is history at its finest: it tells us a story we think we know but actually don't. Dickson deserves enormous credit for his prodigious research, his deft handling of a complex subject, and his singular ability to tell a story." —Mark Perry, author of The Most Dangerous Man In America: The Making of Douglas MacArthur

"Dickson marches readers through his voluminous research at a brisk clip, and makes a convincing case that if the army hadn't been transformed, the war would have been lost. WWII buffs and military history readers will salute this stirring effort." — Publishers Weekly.

"In the chaotic response of the federal government today to the viral war we face, leaders would do well to read this book and see how preparation, discipline, and forethought can make all the difference."—James McGrath Morris, writer of biographies and works of narrative nonfiction presently working on a biography of Tony Hillerman, the author of ground-breaking mysteries set in the Navajo Nation.

In September 1939, when Nazi Germany invaded Poland and initiated World War II, a strong strain of isolationism existed in Congress and across the country. The U.S. Army stood at fewer than 200,000 men—unprepared to defend the country, much less carry the fight to Europe and the Far East. And yet, less than a year after Pearl Harbor, the American army led the Allied invasion of North Africa, beginning the campaign that would defeat Germany, and the Navy and Marines were fully engaged with Japan in the Pacific. The story of America's astounding industrial mobilization during World War II has been told. But what has never been chronicled before Paul Dickson's The Rise of the G. I. Army, 1940-1941 is the extraordinary transformation of America's military from a disparate collection of camps with dilapidated equipment into a well-trained and spirited army ten times its prior size in little more than eighteen months. From Franklin Roosevelt's selection of George C. Marshall to be Army Chief of Staff to the remarkable peace-time draft of 1940 and the massive and unprecedented mock battles in Tennessee, Louisiana, and the Carolinas by which the skill and spirit of the Army were forged and out of which iconic leaders like Eisenhower, Bradley, and Clark emerged; Dickson narrates America's urgent mobilization against a backdrop of political and cultural isolationist resistance and racial tension at home, and the increasingly perceived threat of attack from both Germany and Japan.

An important addition to American history, The Rise of the G. I. Army, 1940-1941 is essential to our understanding of America's involvement in World War II.

In other News of Paul Dickson's Books.

In recent months several of his older books have been brought back with new publishers. Sputnik--The Shock of the Century is currently published by the University of Nebraska press and a new edition of The Bonus Army--An American Epic (co-authored with Thomas B. Allen.) is now being published by Dover Publications as is an updated (don't ask) version of Words from the White House. A new and significantly revised edition of his Hidden Language of Baseball--How Signs and Sign-Stealing Have Influenced the Course of Our National Pastime is now also published by the University of Nebraska Press.

Dickson is represented by Deborah C. Grosvenor of the Grosvenor Literary Agency in Bethesda, MD She can be reached by email at: dcg@grosvenorlit.com. Dickson can be reached at
newdefiner@gmail.com 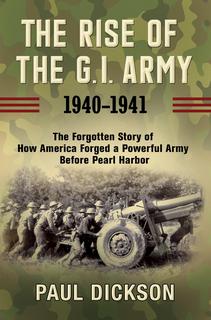 The Rise of the G.I. Army

To Order The Rise of the G.I. Army 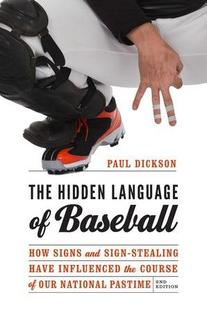 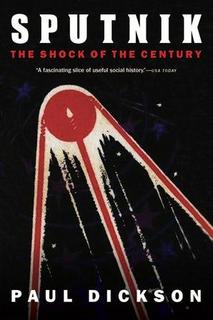