Tuesday July 7 THE RISE  OF THE G.I. ARMY is released.

Tuesday, July 14 from 7:00-8:00 pm Virtual Book discussion of THE RISE OF THE G.I. ARMY1940-1941 Alexandria Virginia Public Library. THIS EVENT IS OVER BUT YOU CAN SEE IT HERE as a YOUTUBE presentation.

Wednesday July 22 from 7:00-8:00 PM Virtual discussion of THE RISE OF THE G.I. ARMY1940-1941 presented by Heritage Frederick. THIS EVENT IS OVER BUT YOU CAN SEE IT HERE as a YOUTUBE presentation.

Thursday July 23 at 9:00 am Live appearance on Ethelbert Miller's ON THE MARGIN to discuss THE RISE OF THE G.I. ARMY1940-1941 on WPFW 89.3 FM Washington D.C. The interview is over but you can listen to a re-broadcast here.

Friday August 14 Virtual event for the National Press Club. The event is over but you can see it now HERE

Wednesday, Aug 19 from 1-2:00 pm. OASIS Lifetime Learning presents course: 86Z The Untold Story of How America Built a Million Man Army Before Pearl Harbor Dickson discusses his new book THE RISE OF THE G.I. ARMY 1940-1941.  Besides the almost miraculous transformation of an ill-prepared Army that could fit into Yankee Stadium in 1936, Phil and Paul will discuss the battle to racially integrate that Army during the lead-up to and during the War. Instructor: Paul Dickson, Author, and Phil Hochberg, Attorney $ 10.00, Click Here to Register and Obtain a Zoom Link to the class.

Thursday September 24. Hosted by the George C. Marshall Foundation Paul Dickson examines General George C. Marshall's role in building the U.S. Army in his latest book, Rise of the G.I. Army: The Forgotten Story of How America Forged a Powerful Army Before Pearl Harbor.A link to Dickson's pre-recorded Virtual Legacy Lecture will be emailed directly to Foundation members on September 24, 2020 at 5:30PM and will be available to a general audience after that.

Friday September 25 from 10-11:30 Discussion of THE RISE OF THE G.I. ARMY, 1940-1941 for theThe Guild of Professional Tour Guides of Washington D.C. Free but you must Register Here. 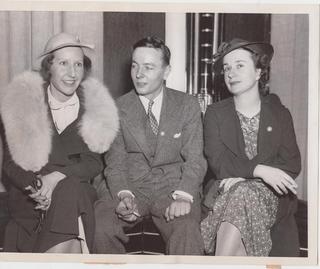